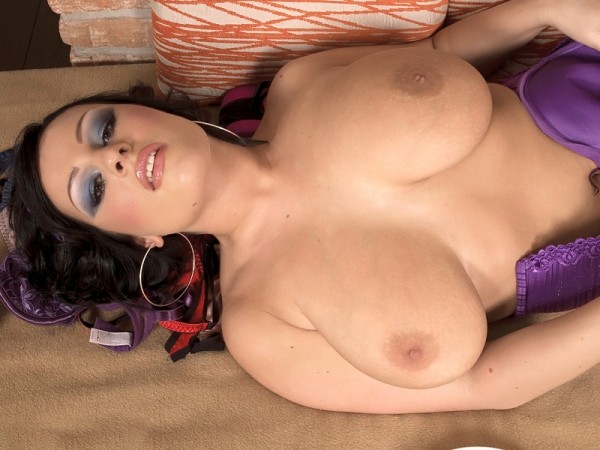 Ivy Darmon is an intense fan of The Doors and Jim Morrison. Why that is, I couldn't tell ya. But she loves that classic '60s American rock group.

"I like a lot of American music: rap, hip-hop and some rock," Ivy said. "I think Fergie is a true star. If she had not become a singer, she would have been a wonderful model. I can tell by the way she moves her body."

Ivy doesn't do hardcore fucking on-camera, unlike most easy-riding Czech models. She has a gorgeous face. Most of the time, I find myself staring at her face instead of her fantastic body. What I and the photographer who's shot her don't understand is why Ivy doesn't inspire the kind of fervid interest that other girls do. She really does have everything a man could want in a woman. The photographer told me that she was a dream to shoot even though she doesn't have a great command of English and he knows no Czech. She knows basic English, enough to get by.

I don't think Ivy will ever become a major superstar like Karina Hart even if she did boy-girl. However, I do think she's girlfriend material, which to me is just as fine and exciting. She doesn't seem out of a guy's league. Ivy does get very nice props from V-Men and SCORE Guys, like Alan: "Ivy Darmon is in a league of her own. Her face, tits, ass, posing, sex appeal and outfits are all second to none. Definitely in love."

This well-shot scene starts off with every tit-man's fave: trying on bras. First, we get to hear her speak in English. The first bra our stylist tosses to Ivy is too small. The second bra is even more ridiculously small. The third bra looks like it belongs to an 18eighteen model! The bra tryouts end as Ivy gets completely nude and barefoot. Halfway through, Ivy fingers her bald pussy. She eventually lies back to get lost in her masturbatory reverie and loudly moans until she orgasms in a display of genuine female masturbation. Luckily, a curious landlord didn't decide to knock on the door at that moment. The Czechs are good about privacy.