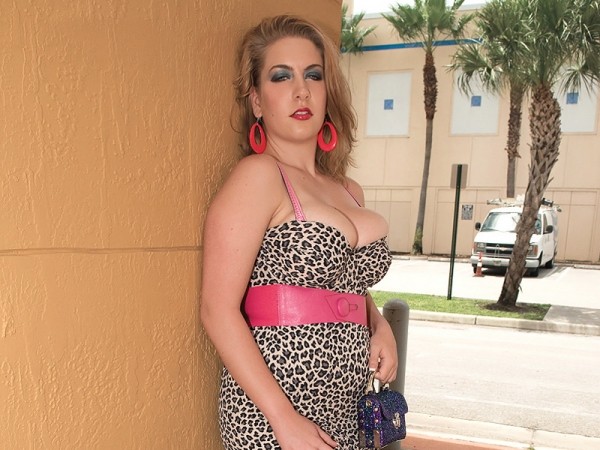 "If a guy can make me happy, it turns me on, and then I want to make him happy," Kali West once told us. "I want to put a smile on his face, too!"

Kali has been putting smiles on a lot of guys' faces since debuting in Naughty Neighbors (yes, our amateur magazine). Born and raised in Tampa, Florida, Kali was only 20 years old when she decided to give nude modeling a try. That quickly turned into riding the meat pole on-camera when she realized how much she liked it. Very early on, she was telling us how she was having "the time of my life" and "doing something I never thought I'd do."

"I was living in Tampa, working at a boring office job that was taking me nowhere, then a boring restaurant job, living in an apartment my salary couldn't afford and not having a car, which really sucked," Kali said. "I decided to get into modeling, and that was the start of everything good. I'm just glad I have big tits and that guys want to see them. Every day is a new, exciting experience."

Every time Kali shows up, it's an exciting experience. She has done anal, she's done interracial, she's done a tug job and tit-fuck while pregnant, and in the DVD SCOREtv Uncut & Uncensored, she gave some guy a blow job while sitting about a foot away from me. To this day, I don't know how I kept it in my pants. I know for a fact that Kali enjoyed teasing me. I also know that once the guy's cock came out, Kali became a different person. One moment, she was a sweet, blonde, girl-next-door. The next second, she was a cock-gobblin' nympho. That transformation is always a beautiful thing to watch.