A 21-year-old BBC for Josie Ray

A 21-year-old BBC for Josie Ray 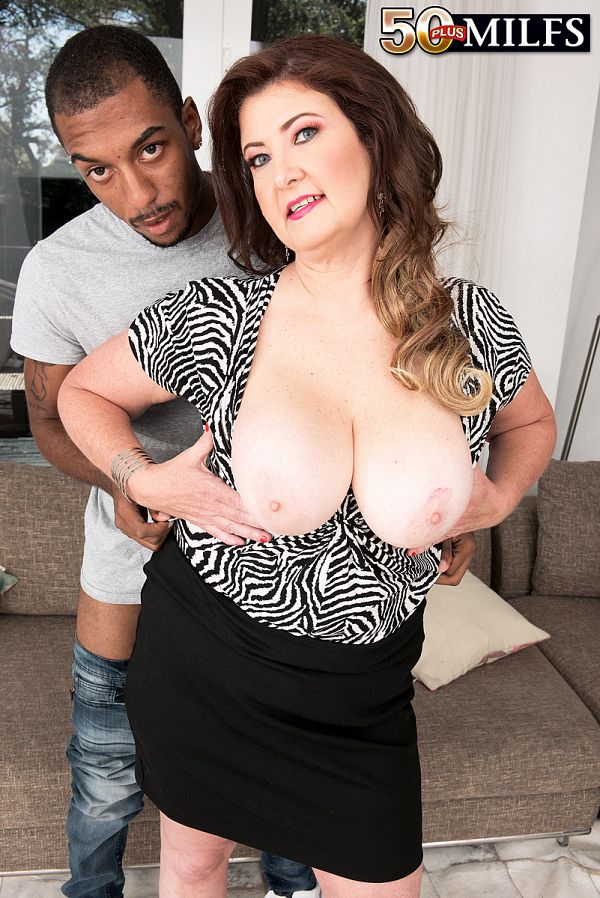 In this scene, busty 51-year-old mom Josie Ray fucks a big, black, 21-year-old cock, but that's only half of the story. The first half is when Josie is cleaning her daughter's room. Her daughter is at school and has left behind her cell phone. Well, suddenly, a message buzzes in, and Josie isn't happy about it.

"My daughter's getting a booty call text? Who is texting my daughter," Josie says out loud. Then another message comes in, this one with a dick pic. The guy's cock is huge, and Josie is intrigued, so she messages him back, "Oh, I think you need to come over right now."

Well, John thinks he's going to fuck Josie's daughter and is shocked when Mom answers the door, her cleavage pouring out of a tight top.

"I think you need to come with me," Josie says.

She wants to see if John's dick is a match to the dick pic, so she takes it out and, sure enough, it is!

"My daughter has good taste, I must say," Josie says, and before long, John is finding out that if you have a choice between fucking the daughter or fucking her mother, always pick the mother.

"I've been divorced for about 10 years," Josie said. "I have two kids. I don't have any grandkids."

And by the way: This scene teaches you a lesson about texting dick pics only if you're packing like young Mr. Long.