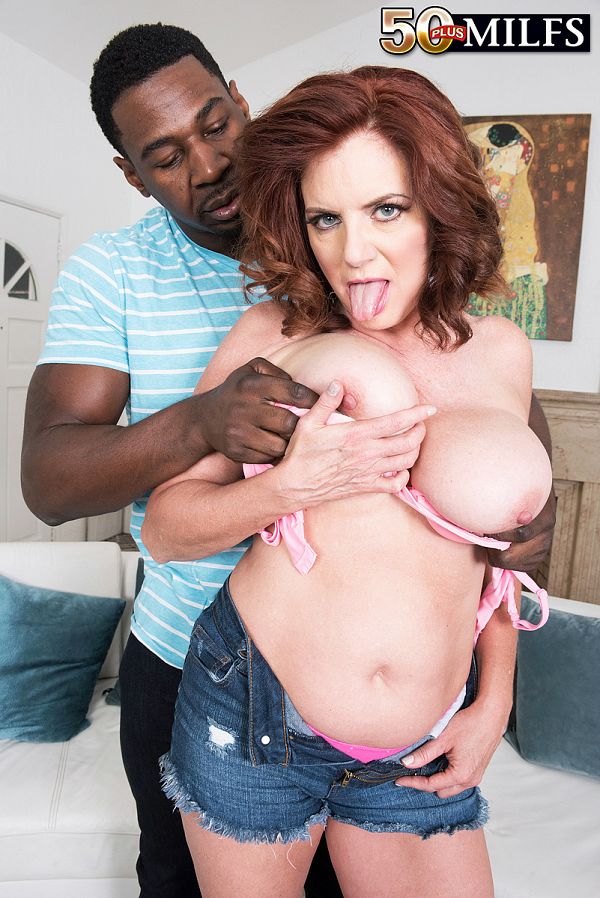 When we asked 52-year-old divorcee and mom Andi James how often she has sex, she said, "Not often enough." Obviously, that's mostly her choice because a woman who looks like Andi can have sex whenever she wants with whomever she wants. But although she's a swinger, Andi is not an easy lay.

But, she said, "I'm open to new experiences."

Shooting her first fuck scenes at 50PlusMILFs.com is one of those new experiences. Sucking and fucking 28-year-old Jax's big, black cock on-camera is another.

We asked her if she likes to be watched while having sex, and she said, "I really haven't experienced that before," although she has had sex in swingers clubs with people all around, so we assume they were watching when they weren't fucking.