Alby gets DP’d, the video

Alby gets DP'd, the video 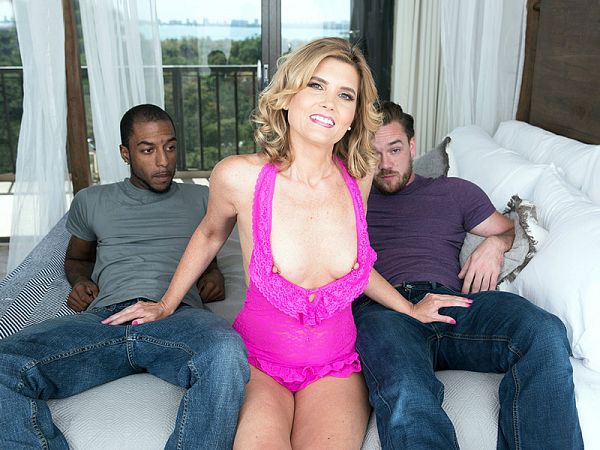 "I have these two young studs, and this is my first DP on-camera," Alby says.

We asked Alby what she does to make her man happy, and she said, "I do everything I can for him at all times and do whatever he asks of me, no matter what or where. He has trained me well, and I am rewarded by him fulfilling all of my desires."

We asked Alby what she would do if time were frozen for 24 hours, and she said, "I would spent it in my master suite with my man, drinking champagne, eating strawberrys, chocolate and pizza and having a 24-hour sex session. I would give multiple blow jobs and climax as many times as possible."

She doesn't need time to be frozen to do that.