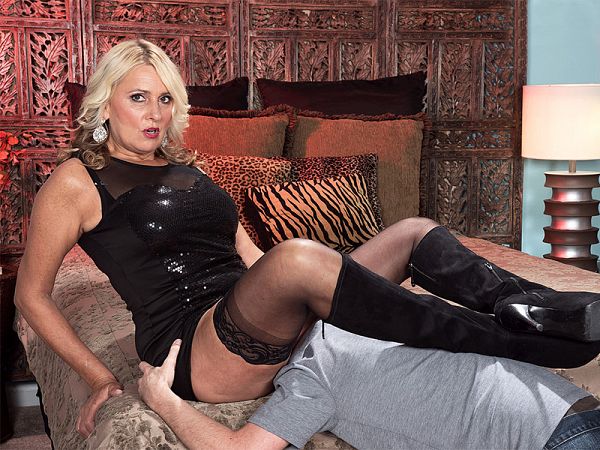 Dallas Matthews, who is 56 years old, likes big cocks in her ass. How do we know? Well, in this video, while Tony is fucking her ass, she says, "I like big cocks in my ass."

Dallas has an unusual hobby: She owns quarterhorses, and she rides them in her free time. She used to ride competitively. She also enjoys skiing, gardening and water sports.

What kind of water sports, Dallas?

We're going to have to ask her that next time we see her.