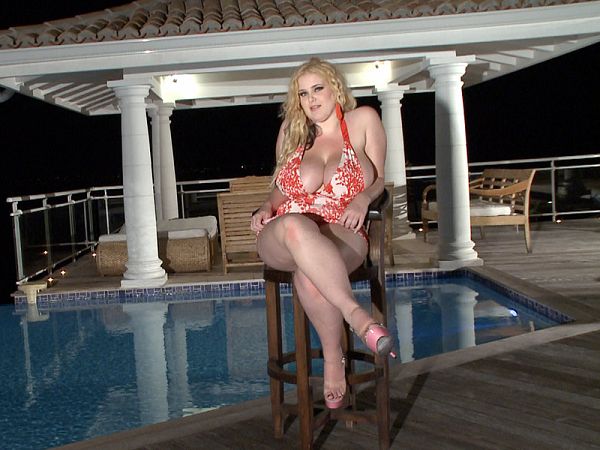 A girl from Manchester, England who puts the word "chest" in Manchester, J-cupper Ashley Sage Ellison won both SCORE and V-mag Newcomer of the Year titles for 2009. In 2010, Ashley came in second in V-mag's Model of the Year, First Runner-Up to Renee Ross. Ashley scored a grand slam by appearing in SCORE, V-mag and XL Girls magazines. Very few have done this.

A beautician by profession, Ashley first started posing for a UK site and then connected with The SCORE Group. A photo team flew to England and filmed Ashley in her home town. St. Maarten in the Caribbean was next. That's where Ashley met the great Euro-star Karina Hart who was shooting for the website KarinaHart.com. You can imagine the excitement they caused when they went out together. Footage of Karina introducing Ashley plus never-before seen bloopers is included in this Jackumentary.