Bad To The Boner

Bad To The Boner 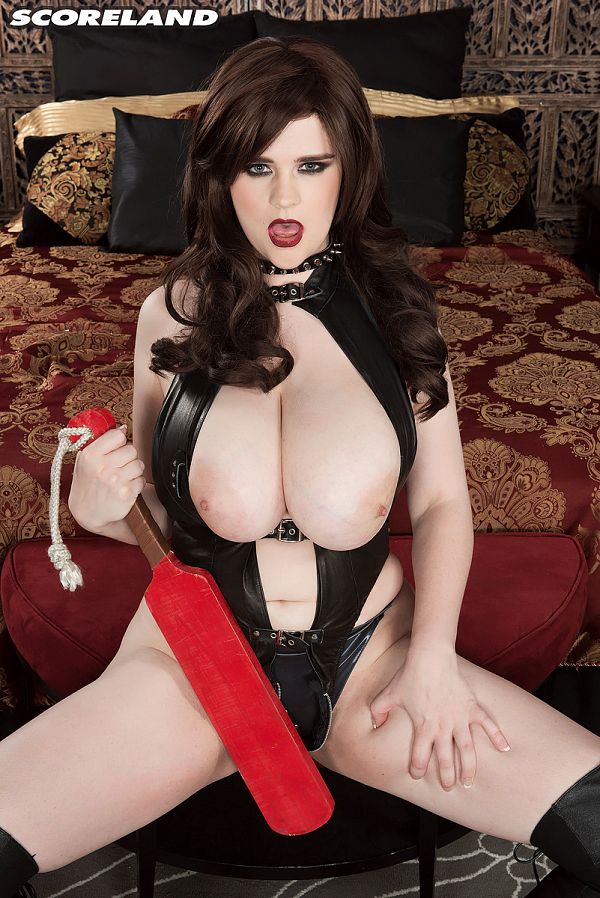 The good Tiggle Bitties has been replaced by the evil Tiggle. Bad and busty, and swinging an ass-whacking paddle, evil Tiggle likes to wear long, black, knee-high boots and kinky leather harnesses. Evil Tiggle likes to punish men, sneak up behind them and give them wedgies, and drive them crazy with her bouncing boobs. She's brought a kinky toy that goes into her pussy and booty-hole at the same time. Who will ultimately win out? The good Tiggle or the bad Tiggle?

SCORELAND: So, Tiggle, have you ever thought of making a plaster cast of your bust?

Tiggle: Yes! I actually want to manufacture a Tig boob pillow for all my fans.

SCORELAND: If you hadn't decided to become a web cam model which led to magazine modeling, what do you think you would be doing now?

Tiggle: I would probably be looking to my partner to make most of the money while I attempted to start my own business. I hate working for other people.

SCORELAND: Let's play dumb or not dumb questions that people have asked you. The first question. Are they real? Dumb or not dumb?

SCORELAND: Do they hurt your back? Dumb or not dumb?

SCORELAND: Can you see your toes because your boobs are so big? Dumb or not dumb?

Tiggle: I can see my toes! Not dumb, just silly!

SCORELAND: Could you suffocate someone with your breasts? Dumb or not dumb?

Tiggle: Yes, I'm sure I could, if I were so inclined. Not dumb.

SCORELAND: Is it difficult to run? Dumb or not dumb?

Tiggle: Impossible to run. Not dumb!