Big Bang For A Brit

Big Bang For A Brit 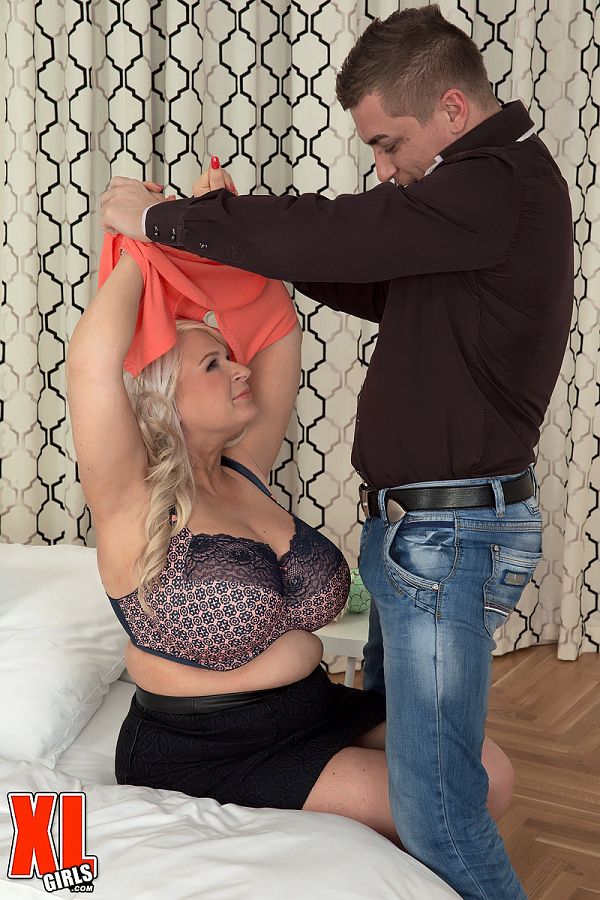 XL Girls: Samantha, how did you start modeling?

Samantha: When I was 18, someone entered my pictures to a face and figure competition in a British newspaper and I won, so I won a modeling contract. I liked it right away. There was no problem in taking off my clothes. When I saw my nude pictures for the first time, I really liked them. I modeled for a few years, then I stopped. Now I'm doing it regularly plus going on adult British TV and I'm building a website as Sammy Sanders.

XL Girls: Sammy Sanders. We like that. So you're comfortable with public nudity, going to nude resorts or topless beaches?

Samantha: Yes, I like going on holiday to nude beaches. No tan-lines. Not so much in England because it's not very warm. I like Spain.

XL Girls: You're a lawyer and also a competitive horsewoman. Have you ever ridden one of those mechanical bucking bulls?

XL Girls: Tell us about your sexual fantasies. Do you have any?

Samantha: I have one about two guys. Which I've actually done. I have another fantasy about Jason Statham. [Laughs] I went to a swingers' party once. I didn't know it was a swingers' party. I watched but I didn't join in.

XL Girls: Are you more assertive or submissive in bed?