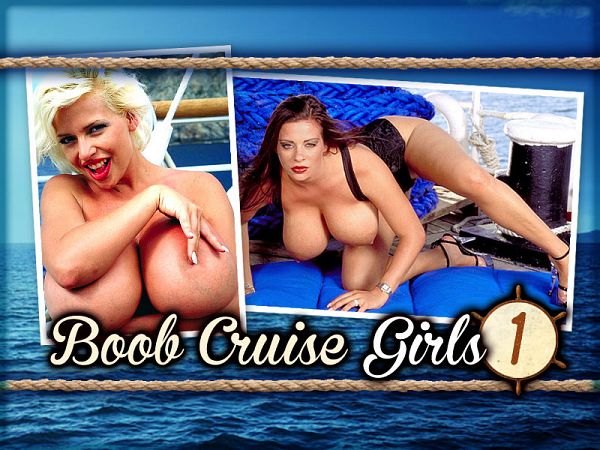 Some of the footage in this Caribbean-shot video will be unfamiliar to even the most diehard SCORE Man who's seen DVDs, tapes and SCORELAND postings of all five of the Boob Cruises. Filmed in 1998, Boob Cruise Girls 1 is a newly edited and remastered-for-web video of SaRenna Lee and Linsey Dawn McKenzie in two separate episodes.

Boob Cruise '98 marked SaRenna's third Cruise, and like in her first two, she was one of the biggest attractions. Lots of guys signed on just to meet SaRenna and she didn't disappoint them.

Linsey Dawn McKenzie was famous on the Cruise for taking any opportunity to walk around completely naked, much to everyone's delight. Nineteen when she sailed on this, her second voyage, Linsey is also a three-time Cruiser ('97, '98 and 2000).

The Boob Cruises had plenty of repeat passengers. The newer guys were always surprised that the photographers scheduled photo shoots so early in the morning. That's because the first light of day is considered the "magic hour" for photography.

Boob Cruise '98 was the biggest of the five. On board were three makeup artists, seven photographers, three videographers, ten Miami SCORE staff members and 24 models plus 75 passengers and the ship's staff. It took a year to organize. The last one in 2000 scaled back because it had just gotten too big! What do ya expect from guys who love girls with big tits?