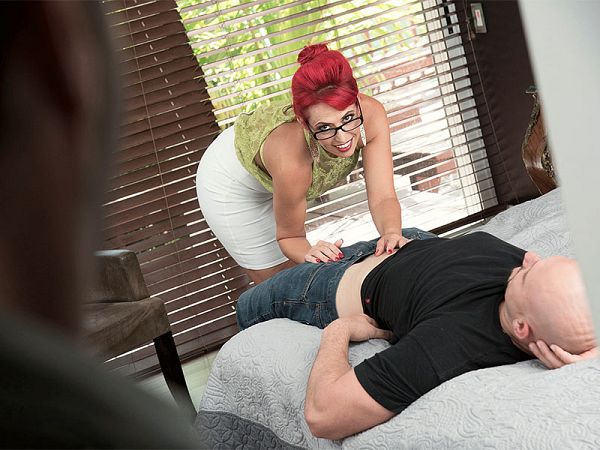 Nola Rouge is 42 years old. When this scene opens, she's wearing a sheer top that her bra shows through and a tight skirt. She answers the door. It's JMac.

JMac takes the not-so-hint and they go to the bedroom, where he commences to feel her up. Then she starts sucking his meat. There's a lot of cock here and Nola manages to get a good amount of it into her mouth. She tries really hard, and isn't that the important part?

Anyway, Nola has JMac's cock in her mouth when guess who comes home?

We don't mean "good" in a Good Wife way. Good in every other way.