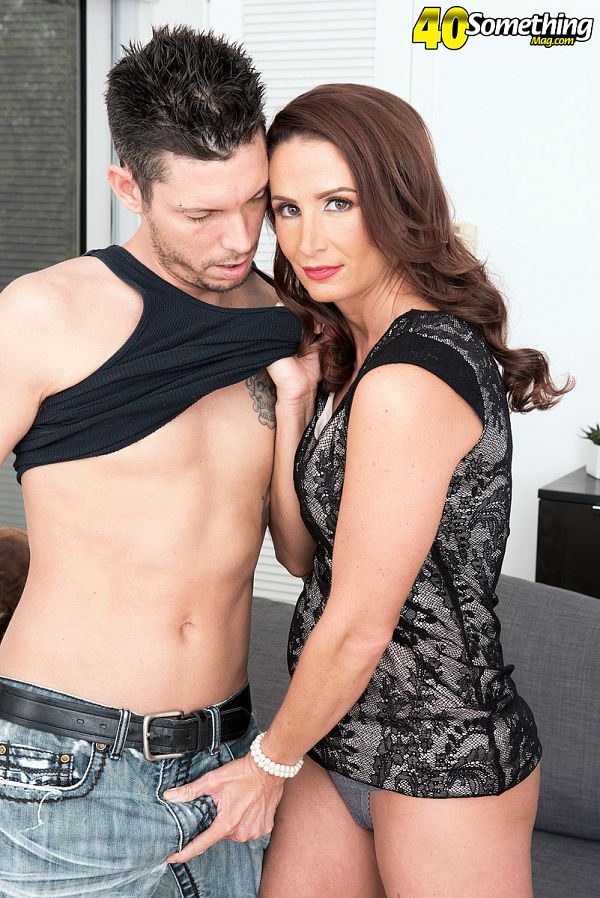 And now, 40-year-old wife and mom Eliza Kelay breaks her hardcore cherry and crosses one off her bucket list by sucking and fucking on-camera for the first time.

She's from Oklahoma. She lives in Ohio. She told us she wears panties "only if it's cold outside." That'll get her clit hard! She enjoys reading and studying history.

If history is any indication, Eliza is going to be a big hit.