First-timer Anna Moore gets a BBC

First-timer Anna Moore gets a BBC 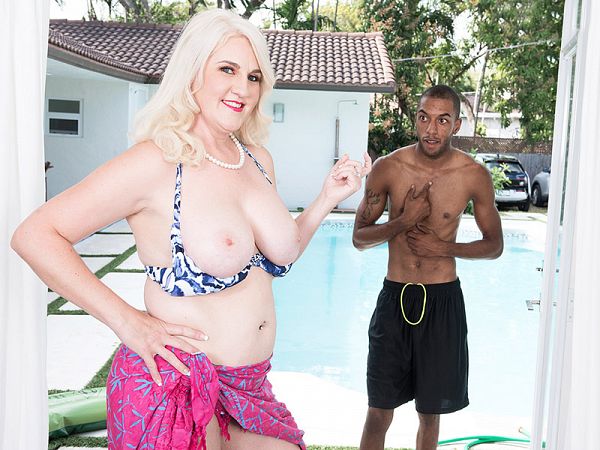 John is working in Anna's backyard when she comes out wearing a bikini top that shows off her big tits. She thinks he's done enough work for the day and calls him over. But when Anna starts getting a little sexually suggestive, John gets worried. Her husband, and all that. She tells him not to worry about her husband.

Anna has John take off her top and oil her rack. Then he has her oil her ass and rub it in. Then she sucks his cock right there on the patio before the action movies inside. It's a very impressive debut for this newly wed ex-divorcee and mother of four who told us she didn't have an orgasm until she was 35 years old.

And then, towards the end of their marriage, Anna and her then-husband tried swinging, and there's been no looking back since then. Well, there has been looking back. Anna looked back at her husband and said, "Goodbye." Now she's with a guy who encourages her sexuality. He joined her in Miami for her first shoot and watched her get fucked.

For now, enjoy this story. It's a true story. The best kind.