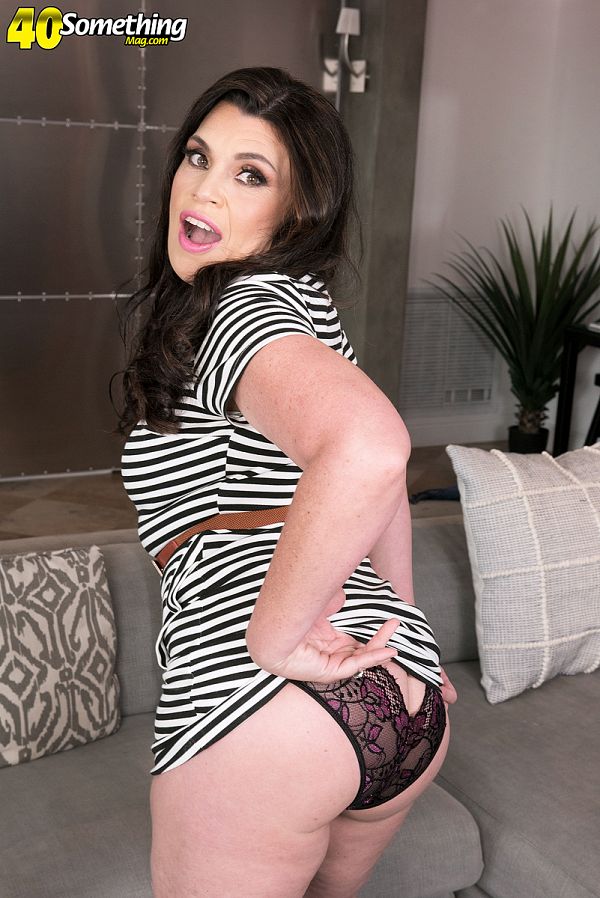 Tabby Tender, a 45-year-old divorcee and mother of three from North Carolina (she was born in New Jersey), is an impressive first-timer in this scene. She sucks JMac's big cock deep--very deep--and obviously enjoys doing it while looking into the camera. Then, because she's so flexible, Tabby gets fucked in every position imaginable, getting her legs all the way back, even getting drilled in the piledriver position, before JMac glazes her pretty face. It's a highly jackable debut for this curvy babe who makes home videos but has never done anything like this.

"Some people I know would be shocked to see me here," Tabby said. "Co-workers, church friends. But most others would not be surprised."

Maybe that's because Tabby describes herself as "very sexually assertive." She's eaten a lot of pussy. She once fucked a young dude in a Wal-Mart parking lot. She has sex six times a week and describes her wildest sexual encounter, before this, as "getting fucked in the back of a catering truck while my boss was driving."

You could say that fucking at 40SomethingMag.com is a combination of private and public sex. She's fucking in private, kind of, but the whole world is going to see it, and Tabby loves the idea of that.