Gypsy and The Kid

Gypsy and The Kid 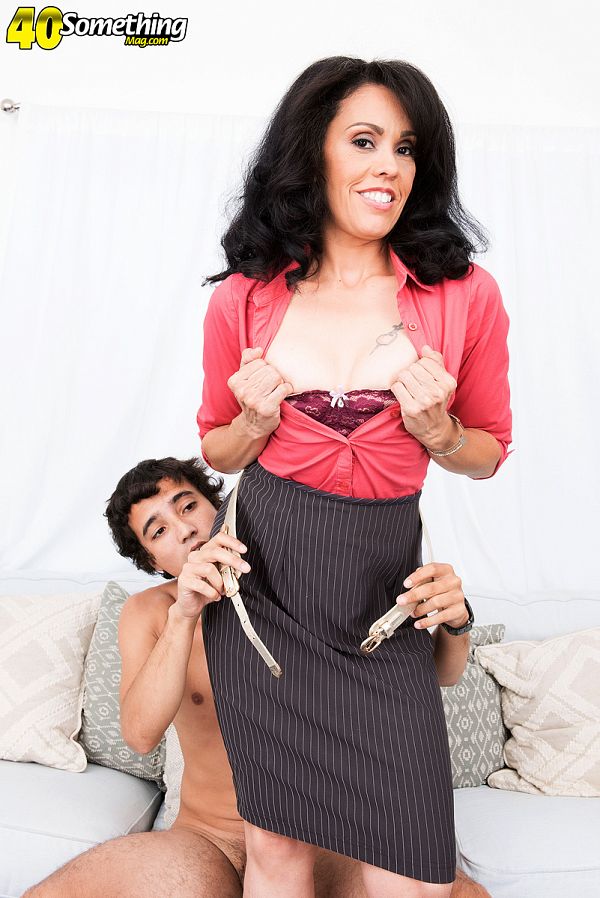 "I love watching boy-girl scenes," Gypsy said. "I love the scenes with an older woman with a younger guy. That's why this was so much fun."

We found Gypsy on the Internet.

"That was a great feeling," she said.

We asked Gypsy if the people who know her best would be surprised to see her here, and she said, "Probably so. I'm very open and comfortable with my sexuality, but I keep that side hidden. Most would say I'm conservative."

Gypsy isn't a swinger. She isn't a nudist, "but I feel like I'm evolving into one. I enjoy being naked in my home and I have gone to a nude beach in Florida."

We also asked Gypsy if she enjoys being watched while fucking.

"I'm not sure if anyone has ever seen me, but I have had sex in certain places where the possibility of being seen was there."

Here, there's not just the possibility. It's guaranteed.