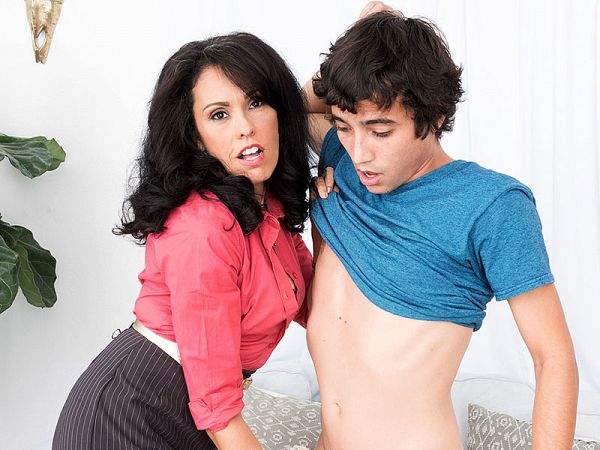 "I want you to sit down and take our your cock," 44-year-old first-timer Gypsy Vixen says to Ricky, the very young stud she's fucking today. "I want to see what I'm going to be working with. Don't be so shy. I don't bite unless you want me to."

We asked Gypsy if she's into younger men, and she said, "Very much so. They keep me feeling young and vibrant, and it's a little bit of an ego boost to know that you're 4
4 and are attractive to younger guys."

"Some of them want me to control them. They're not too submissive, but they wait for me to take the lead. They don't want to look like they don't know what they're doing."

Turns out Ricky knows what he's doing, but a little guidance from Gypsy doesn't hurt. After all, it's always nice when a woman tells you what she wants.

"Most people see me as a little conservative," she said.