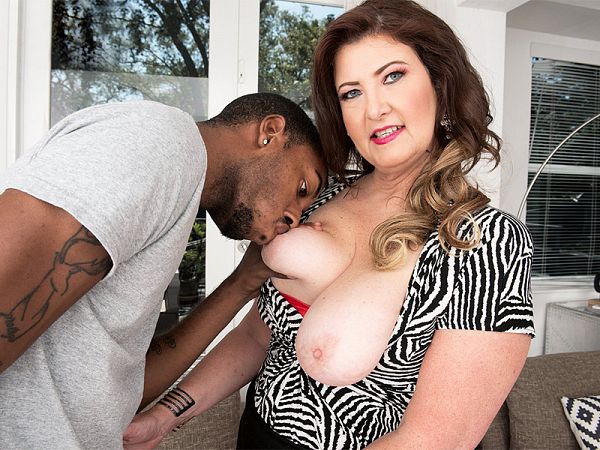 She's a mother and divorcee. She's from Alabama, where the women tend to be conservative. She's not a swinger, but she once ass-fisted a gentleman up to her elbow. She's had three-ways with men and women. She came to our studio and got ass-fucked on-camera in her first scene. She has big, natural tits, and in this scene, she fucks her daughter's booty call...her daughter's 21-year-old booty call who just happens to have a big, black cock.

"I saw your tweets saying that you were looking for ladies to film with," she said. "Most people I know would be surprised to see me here, mostly because of my age."

Josie said her favorite positions are "on top or doggy. I can't pick between those two."

She doesn't have to pick between the two in this scene. She gets fucked both ways, and judging from her moans of pleasure, she really does love them both. But which position do you think she loves most? Can you tell?