Lauren and the grease monkey

Lauren and the grease monkey 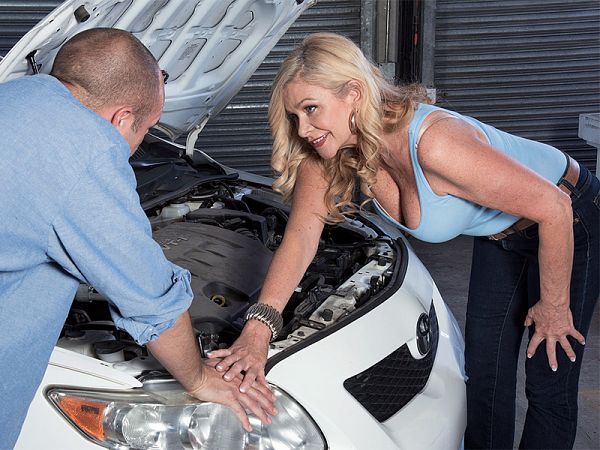 Lauren Taylor, 56, brings her car to the mechanic. Her car has been making what she calls "a little noise." Now, we all know that little car noises often lead to the biggest repairs, but somehow, this mechanic can tell by just looking under the hood that everything is fine. Is he going to take Lauren for a ride? Nope. She's going to ride him. She actually squats on his cock and takes off her top while he's looking under the car. What the hell is going on here?

"I think I know where that leak is coming from," the mechanic says as Lauren rubs his crotch. "Is this what you came here for?"

Lauren is a 56-year-old divorcee and mother of two from Southern California. We asked her how a man can attract her attention, and she said, "Nice can go a long way." By the looks of things, a bulge in your pants can go a long way, too.

By the way, the mechanic shoots his load into Lauren's wide-open mouth. As for the car, there was nothing wrong with it in the first place.