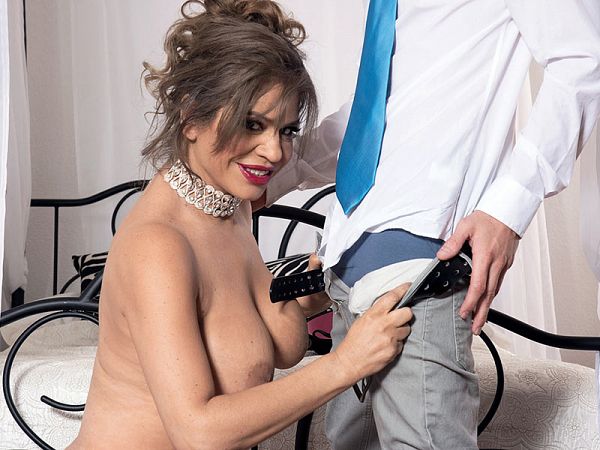 When this scene opens, Andrea Grey is wearing a sexy bra, panties, stockings and a garter belt and watching Rion through her upstairs window. She's 47. He's young.

"Looks like he's all grown up," she says to herself. Then she walks outside onto the balcony and tells Rion to come inside. He doesn't seem flustered by how sexy she's dressed.

She's flattered. "You look like your dad," she says.

"I miss seeing you around," he says.

"Do you have a girlfriend?" she asks.

Andrea is a divorcee and mom from Colombia, and when we interviewed her, she told us she's very good at giving blow jobs. Here, she proves it. She sucks so deep, so lustily, you just might feel her mouth through your monitor.