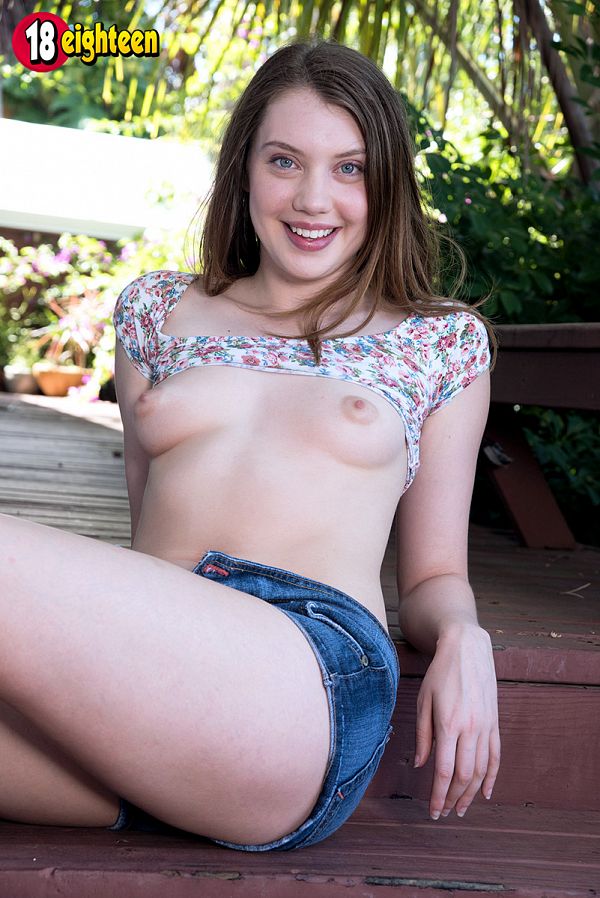 It's the attack of the six foot teenagers!
Normally our models are on the petite side at 5'3" and under. But lately we've shot a few teens who are 5'10" or taller, which is very rare for us. Elena is six foot even with a fresh, young face and perky, little titties. She came all the way from Washington state to suck and fuck for us. "I'm a thrill seeker, so what could be more thrilling than fucking a guy on-camera?" It's thrilling for us, too, Elena.

Elena, what kinds of guys do you like?
"Ones who are not intimidated by my height! I don't need a guy to be as tall or taller than me; I just need him to be okay with being shorter than me. Some people also think that because I'm tall I need a big cock, but that's not true. Big cocks are nice and all, but I'm actually very tight so I like average-sized cocks, too. There have been times that I couldn't finish having sex 'cause the guy's cock wouldn't fit."