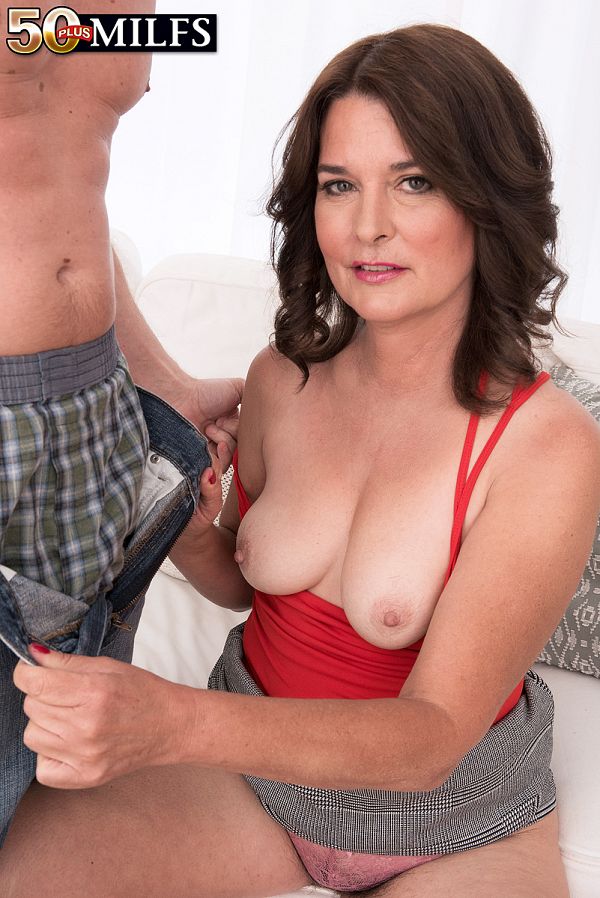 Kelly is different. She's had a lot of different experiences.

"I was born in Hawaii, then I moved to Arizona, and then to L.A. and then to Seattle and Fairbanks, Alaska, back to Arizona, Nashville, then I raised my kids in Arizona, then from Arizona to outside of Yellowstone Park and then Jackson Hole Wyoming, then Portland, then to Anchorage, down to Austin and now Miami."

She's been a bartender...a sexy bartender. She's had sex on the hood of a car at night after closing time. There were security cameras all over. She liked that. That might have been her first clue that she'd enjoy fucking on-camera.

And guess what? We buried the lead, as they say in the newspaper business.

Kelly has one of the hairiest pussies we've ever seen. A full growth.

"Most women are so shaved, people don't realize that women have hair down there. When I was growing up, nobody was shaved. People want something that's different. Besides, I don't want to look like a little kid."

When she goes to the beach, her pussy hair overflows her bathing suit.

"Guys look. If they're really young, I might tease them a little bit."