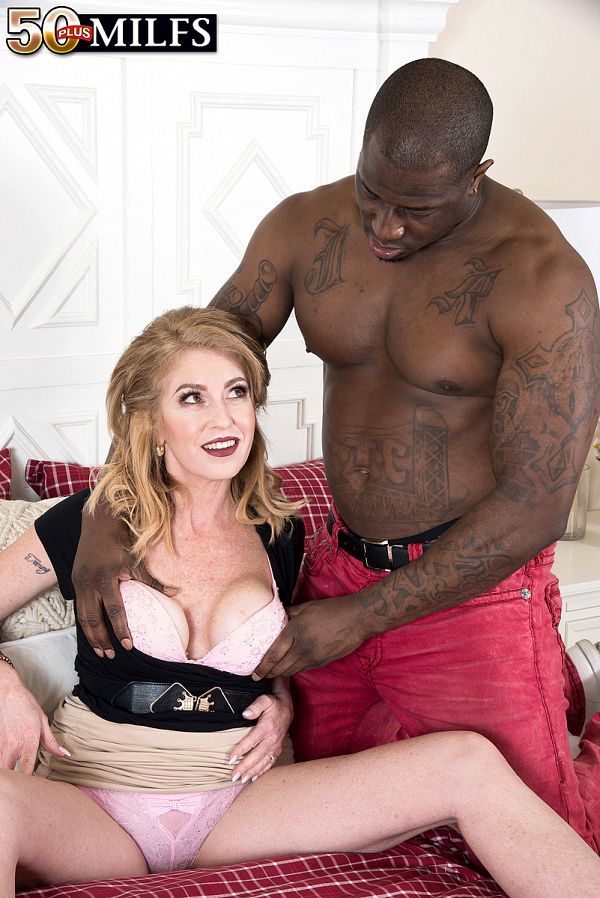 Yeah, that's what counts, especially if you're fucking it, which is what Rod does in this scene. He's the lucky neighbor who walks in on Sindi while she's playing with herself. He knows what she wants, and she looks up and knows that he wants to fuck her with his big, black cock. It's the biggest cock Sindi has ever sucked and fucked, and she handles it well. We hate to give away the ending, but Rod shoots his load all over Sindi's nice, fake tits.

Sindi describes herself as "sexually assertive. Sometimes I will wait for my lover to initiate the first move, but it depends on my mood. Sometimes I like to make the first move as a surprise. Iâ€ˆwill usually get things started, though, with sexy talk or a lot of touching."

Sindi enjoys jogging, going for nature walks, swimming and spending time with her friends. She likes a man who's masculine but affectionate. She fantasizes about having sex with three men at the same time, something she hasn't done yet. That, frankly, surprises us--the fact that she hasn't done it yet.

"The people I know are used to me being wild. They know I do things most other women don't do. Like this!"