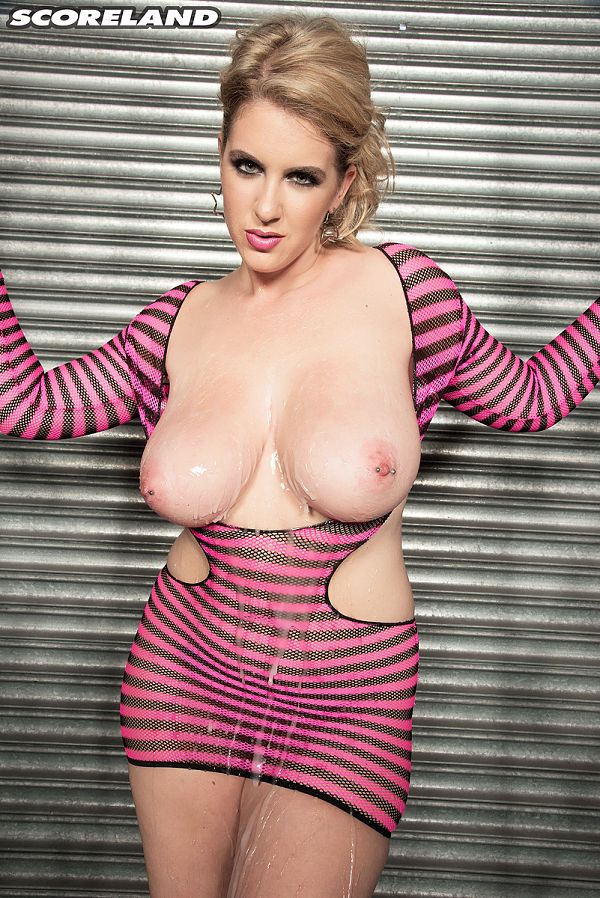 That's Rockell talking about her mud wrestling. She's not mud wrestling another girl here but she does get wet and messy and dripping, first in a tight dress, then bare-boobed and bare-assed. From out of the camera frame, squirts of clear lube land on Rockell's sensational bod and splosh her until she's covered in the stuff. It's similar to Japanese TV game shows that "slime" their sexy girl guests.

SCORELAND: So, Rockell, what superpower would you like to have for one day? Besides deflecting jets of slime.

Rockell: I would love to fly! I think that would be the coolest. Kinda like how Superman has the ability to fly really quickly and save people, I would also like to be a superheroine and fly using my super powers for the greater good.

SCORELAND: What do you want to do that you haven't done?

Rockell: I want to travel to Europe and visit different countries and see the historic places and cities I've only seen on TV and in books.

SCORELAND: Then you could go to a nude beach. There are none in Alabama.