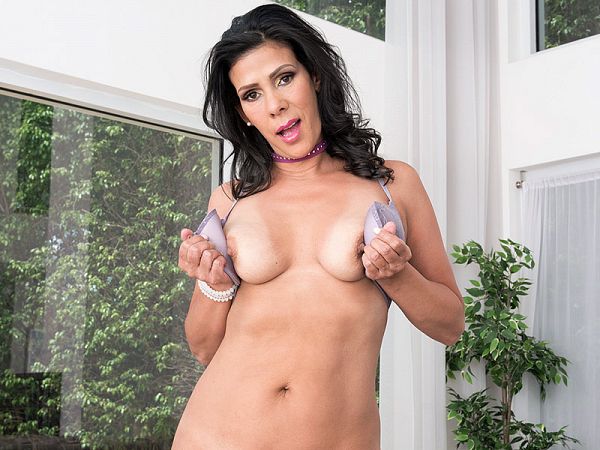 Not many. Mariah is 47, and today is solo video day. The next two days: She fucks. Today, she's getting ready for her first fuck scene by doing a solo strip and playing with her pretty pussy.

Mariah is from New Jersey. She's divorced but dating and has kids. She likes to watch basketball and is a fan of the San Antonio Spurs. She said, "A good day for me is waking up healthy, eating healthy, working out and being productive."

She was definitely productive on this day. She produced hard-ons.

But she has sex "basically every day," and now she and her guy can watch her doing this while they're having sex. Sounds like fun to us!