This butthole for rent

This butthole for rent 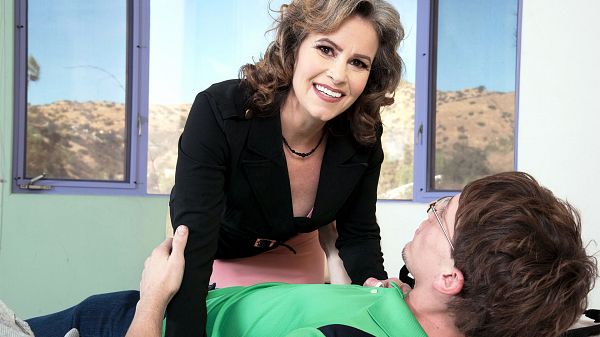 Payton Parker has a room to rent, and she's laying down the law to her young tenant.

"No loud parties," she tells him. "I lock the door at midnight. No girls. Is that going to be a problem?"

"No problem," Rion says. He's only going to be there for a semester. Hmm...a kid can't have parties and fuck naked co-eds for one whole semester? That's why Payton isn't convinced.

"You're sure you're not going to have any girls here?" she says, "Because I'm always here."

Meaning she's always here and ready to fuck. Get the message? Rion gets the message when Payton unzips her jacket to reveal the sexy dress she's wearing. Then she sucks his cock and has him eat her pussy, but the fun's just getting started.

Because Rion is about to find out that, not only is 46-year-old pussy better than college pussy, 46-year-old ass is better, too. Hey, most college girls don't even give up their asses unless they're trying to keep from getting pregnant, and for that, there's blow jobs.

No such barriers with Payton, who's divorced and lives in Washington.

When we asked Payton what she wants to try in life that she hadn't yet, she said, "I'm doing it right now."

She means fucking on-camera, not renting out rooms to young guys. Although she seems to enjoy that, too.