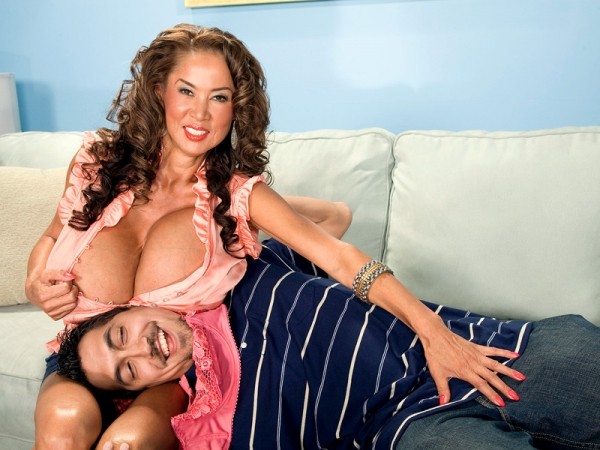 But SCORE Man is in for shock, awe and surprise; a huge surprise, when Minka herself delivers her autographed bra right to his door. She wanted to make her bra contest a super-special event that the winner will never forget. What better way than to deliver her signed bra herself?

He's won more than he entered for when Minka has him unbutton her top, exposing her mega-boobs, and suck, lick and smooch her world-famous nipples--two of the pointiest nipples ever seen. But that's not the end of Minka's sucker punch.

Minka fucks his cock between her 56 inches of hooter heaven and deep cleavage and then drops to her knees for one of her famous blow jobs. This lucky dude is ready to completely lose his grip on reality but Minka's not losing her grip on his pipe as she gobbles it down her throat. What does the Korean-American goddess have planned next for this lucky bra winner?

See More of Minka at SCOREVIDEOS.COM!