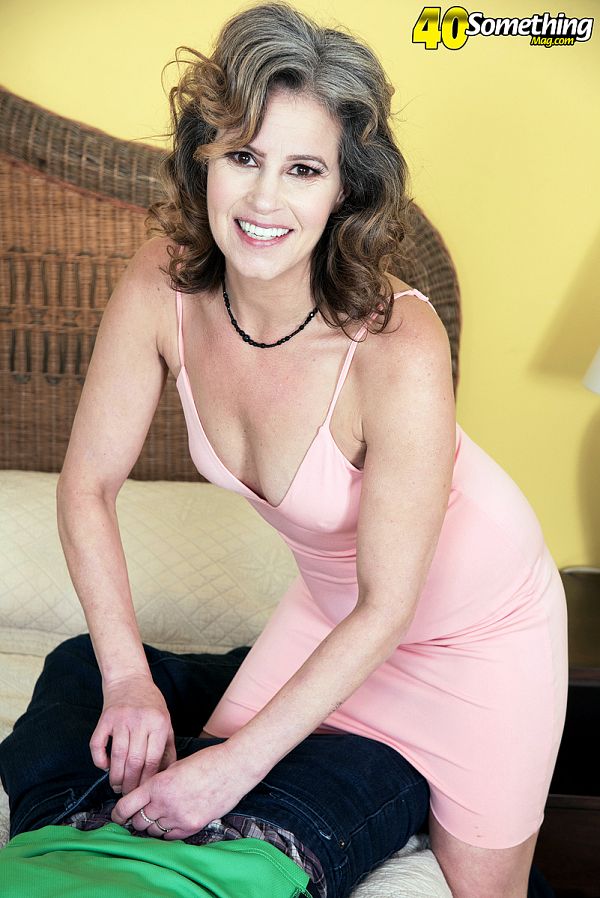 "Young guys are hot and they can keep up with me," said Payton, whose biggest age gap before she came to us was when she was 36 and fucked a 21-year-old. "They make me feel young, too."

"My wildest sexual encounter was at a sex store," said Payton, who lives in Washington. "I was with a male friend, and a stranger came in the booth with us while another guy put his penis through a hole in the wall. Both of the guys in the booth took turns fucking me while I sucked off the guy who stuck his dick through the hole. I swallowed his load while the two guys in the booth came all over my face and body. It was very hot."