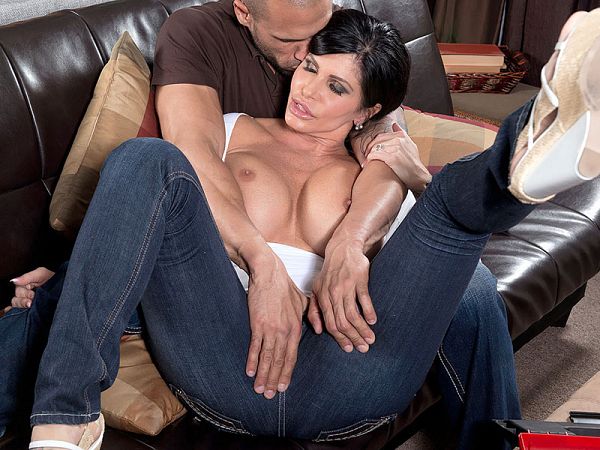 It's the hot, lonely, mature nymphomaniac and the hunky repairman story, a tale that has been told and retold over the centuries in different formats and cultures. The earliest one I remember from my wayward youth was a short film about a plumber who used his snake to ream a housewife's pipes. Ah, precious memories.

"I started when I was 40, so I was in my sexual prime, " Shay said. "Uninhibited. Still exploring, but I knew my body very well. I was single. Sex on-camera is no different from sex off-camera, but some people are really into voyeurism, and that little piece of somebody seeing me is very exciting and a bit more of a turn-on."

"I kind of veered in and out of dancing. I was a hairdresser for a long time while I was married, and I stopped dancing altogether. I've been married a couple of times. I'm divorced. I have one child, a daughter. I used to strip at Spearmint Rhino in Las Vegas.