Sheridan and her toy

Sheridan and her toy 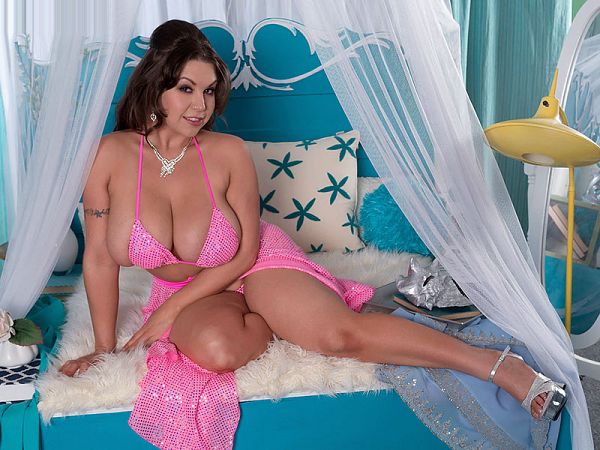 "I'm so proud of the way I look that I don't mind going out and flaunting it," said Sheridan Love, who definitely flaunts it in this scene. She starts out wearing a pink bikini top that her big knockers are pouring out of and a slit skirt that shows off her shapely legs when she crosses them. She's also wearing fuck shoes, which are a staple of this short 'n' stacker's wardrobe.

"If you've got it, flaunt it," Sheridan said. "I want guys to look. I either need to have things that lace up or halter tops or an outfit with stretchy material, like this one. I've had big boobs since I was little, so you just kind of learn some of this stuff. For example, if I wore baggy T-shirts, you would think I have a big belly because my boobs stick out so far."

As Elliot wrote, "Sheridan's a neo-classic SCORE covergirl. She's a cam-girl who loves crazy toys. Miss Love's a spokesmodel at adult conventions and occasionally emcees karaoke nights at a Vegas nightclub. She would have been a sailing mate on one of SCORE's Boob Cruises in the 1990s had she been part of that decade's generation."

And yet, she says, "I'm kind of shy. I love to show off and everything, but with stripping, I would get shy. I'm scared to do it on-stage."

And speaking of plunges, in this scene, a fuck toy plunges in and out of her tight pussy. Shy? Okay. Anything she says.