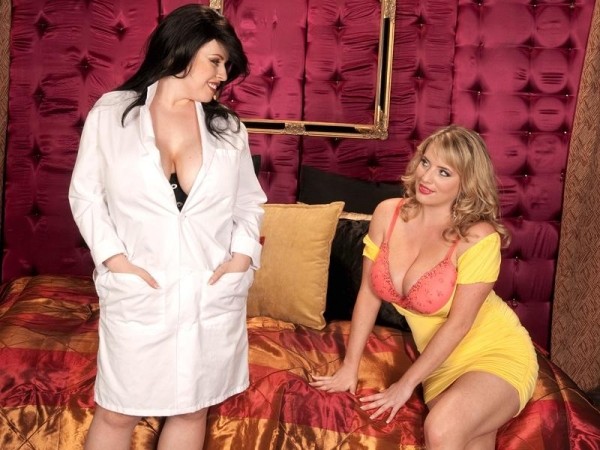 A few names came to mind. We needed an attractive girl with huge tits who would do anything sexual and could memorize lines and act. Our list was whittled down to SCORE covergirl (and Hall of Famer) Daphne Rosen, who has all of those qualifications.

She disappears into the TV screen, where Maggie is waiting to get fucked lesbian-style while the guys watch and learn.

Boob Science turned out to be a big hit on DVD, I'm happy to say.