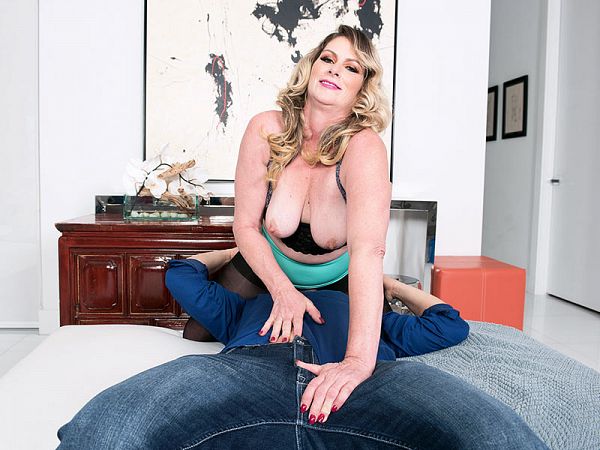 "All the young boys want me," said Tristen Cole, a 46-year-old divorcee and mom. This is Tristen's first time fucking on-camera, and it's a good one. Her fuck buddy tears open her pantyhose so he can eat and fuck her pussy. This voluptuous blonde from Miami, Florida by way of New York rides him hard and then gets down on her knees for a facial.

How often does Tristen have sex?

She once fucked on the hood of a car.

She has eaten pussy and had her pussy eaten.

She's been a saleswoman and a lifeguard.

"I was a cheerleader in high school and also played softball," Tristen said. "I like to shop. I also like to read a good book."

She's not a swinger. She's not a nudist. But she found her way here. Good thing. Welcome, Tristen. Enjoy the ride.