What a piece of ass!

What a piece of ass! 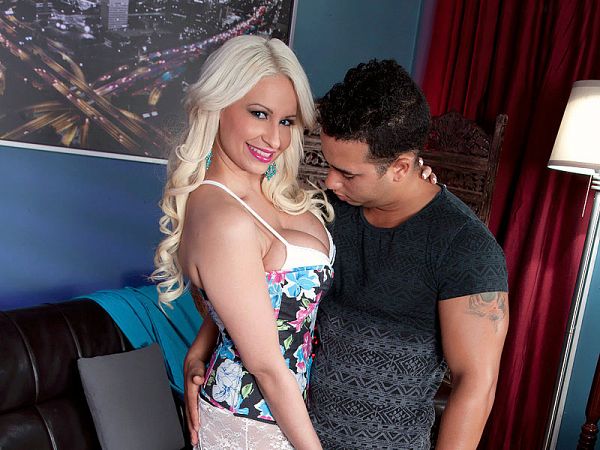 When this scene with Holly Brooks was originally posted, I wrote, "What a piece of ass is big-boobed Holly Brooks. Her dirty mouth fills the room with hot talk about fucking her soft mouth and her tight asshole. Holly's puckering up both, and her pussy, for a hard cock to fill up. When you're with Holly, it's no holes barred. 'Shove your rock-hard cock in my tight ass,' says Holly, turning around to show us her shapely butt while spreading her ass cheeks apart."

"I want to be badder and hotter," Holly said.

When asked if she ever had sex in public, Holly replied, "Yes, with Ron Jeremy at Exxxotica New Jersey in 2012 and at the AVN Awards in 2013." Which proves that being a hair-covered guy with bad B.O. doesn't mean hot chicks won't bang you.

"I love getting guys off and I love seeing guys bust their nuts," Holly gushed. "Even when I finger my ass, I'm still thinking about sucking hard cocks until they explode in my face and drip down all over my girls." Rocky did that in this scene, furiously whacking off in Holly's face.